I want to know 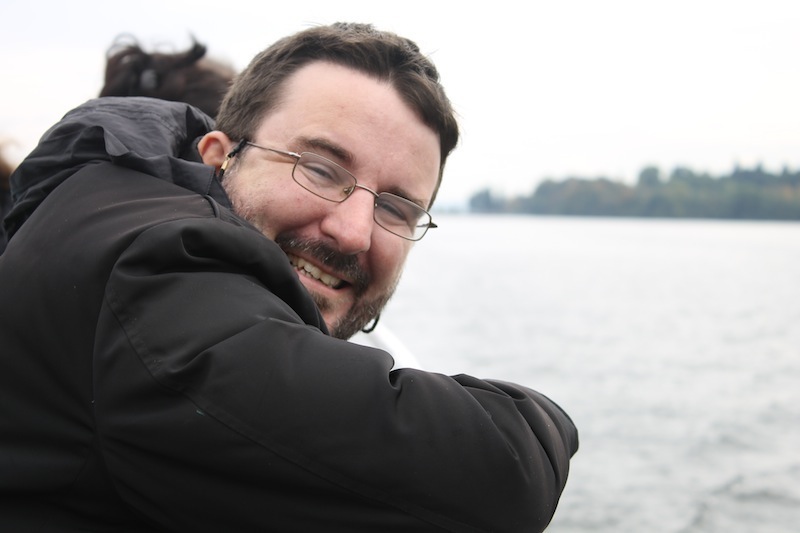 I think it was fun to meet many

people from some art-centres in

Europe in Germany and not

It was my third time in Germany

and my second time in Baden-Wurttemberg.

It was my first art-trip abroad.

I am sorry if I don’t know how to make

an umlaut on the laptop but so what

once you know what I mean!

I certainly enjoyed it, at times I found it hard to communicate

with Rosi as she only has a command over

German but limited English and I have a limited

command over German and am Irish and

I can recall that with Felicitas she had a little

more English than Rosi but not that much

and I think we only half-understood each other.

If I wanted Rosi to think I understood her when

I did not I said “Yes” twice in German and I

when I wanted her to know I could not

I in that instance think I need to be much better

at German than I actually am! I enjoyed

Thank you for all the fun at SKID.

I am sure I can agree with Anja that

Elke is a wonderful person.

I hope KCAT can have fun with SKID,

Thank you so much for your own pasta.

I think that for me the best thing to do

in Uberlingen was to relax by Lake Constance.

I have an incredible memory for our cruise

along it for 70 minutes.

I was not nervous about going to Germany a

third time but I was nervous that it was my

I think it went incredibly well

and that was all I wanted.